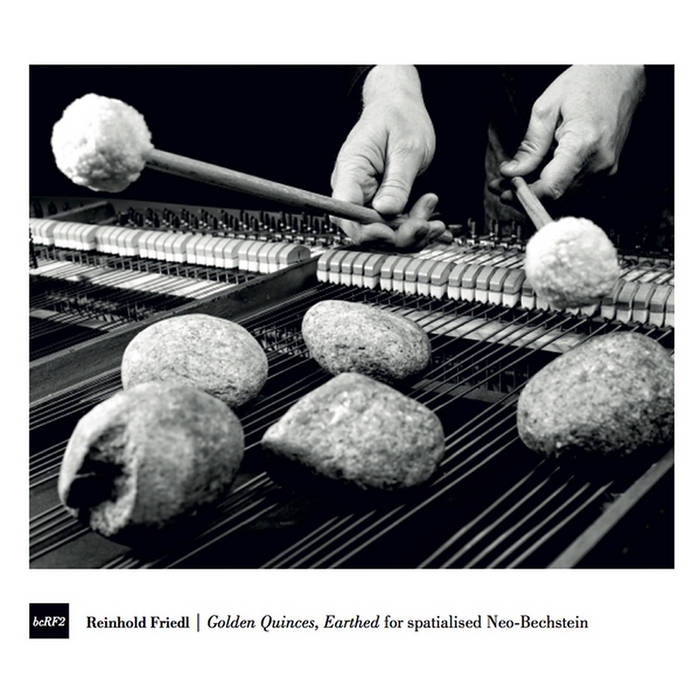 The Instrument
Between 1929 and 1931 the physicists Walther Nernst and his assistant Hans Driescher developed the Neo-Bechstein Grand Piano at the Heinrich Hertz Institute in Berlin. The idea was to construct an instrument for live radio transmission, because good quality microphones did not exist for this purpose. This was coincidently a difficult time for the piano industry. Piano makers tried to be modern and Bechstein even had their own department for electronic music instruments, as this seemed to be the future! The main difference to a traditional piano is that instead of amplifying the strings with the help of a wooden soundboard, they are transformed by eighteen humbucker pickups into electrical signals. These signals are sent to a valve amplifier and emitted by a mono loudspeaker. As the piano did not need a soundboard anymore, the traditional hammer mechanics had to be made differently and much lighter. A lot of sophisticated technical transformations were made. The instrument was built in co-operation with Telefunken who were responsible for the electronic devices and Bechstein who designed the mechanical parts of the instrument. No more than 150 copies of the instrument were produced and it is assumed that only a few instruments still exist, ten are now known to be in various museums. A curiosity of the instrument was the built-in radio receiver. This receiver made it possible to route both the radio signal and the instrument signal simultaneously to the output and mix them. A soundboard in a traditional piano does not only amplify the tone, it also cuts the very high frequencies and damps the oscillation of the string due to its mass. As the soundboard is missing, the Neo-Bechstein's tone oscillates about six times longer than a normal piano tone. The strings do not have any frequency cut off either. Therefore the Neo-Bechstein has a support damping mechanism in order to match the sound to a normal grand piano. Additionally, the very high frequencies are cut with a set of capacitors. Both of these construction features were removed for this project, in order to get full access to the instrument's wide sonic capabilities. As described above, the original mono output was also changed into a multi-channel output.

The Spatialisation
Reinhold Friedl's concept of spatialisation is a new, but simple idea: to avoid the old concept of spatialisation which is typically for one ideal listening position in the middle of the speakers. This situation is never given in a performance space, when there is more than one person in the audience. The idea of assigning a virtual position in space to each sound is the classical starting point of almost all spatialisation programs. This approach is rejected for two reasons. Firstly, to get rid of the idea of one single privileged listener, the only one who can perceive the ideal virtual positioning of sound in space.
Secondly, because every definition for a virtual sound position of an acoustic event hampers other possible definitions for similar sound positions. A result of this situation is a serious limitation, where many possible loud speaker combinations are no longer possible to utilise.
During his first working period with Peter Segerstrom in San Francisco, Friedl set up a simple yet impressive experiment to prove this. The virtual movement of a sound, from one speaker to the opposite one in a symmetric eight speaker situation is normally programmed as a crossfade between the channels of the opposite speakers. Theoretically the result of a completely different movement should have exactly the same result: two rotations starting from the same speaker in the same velocity, but in different directions. The experiment demonstrated that the perception is not at all the same, the resulting spatialisation is completely different. Programming spatialisation with the traditional virtual positioning concept makes it impossible to have two simultaneous rotation movements, nor any other possibilities to gain the same virtual crossfade. Therefore, the typical approach of having only one and always the most mathematically simple possibility for defining the virtual position of a sound in a room, is clearly reductionist: thousands of other positioning possibilities are lost!
Friedl's conclusion was to think directly in terms of the actual speakers as musical instruments, and to start with a completely open 8× 8 matrix: the eight output channels of the Neo-Bechstein routed to the eight input channels of the spatialisation program, each spatialised to eight possible outputs. What kind
of movements can be realized in an 8-speaker surround situation? Continuous and non-continuous ones: rotations and jittering (jumping randomly inside a given angle). Another element to build into the design was the width of the sound projection. This third spatialisation parameter was necessary to include because only a certain width makes it possible to perceive a rotation, instead of a jumping movement which moves from one speaker to the next one. The idea was to concentrate on these kind of sound movements and their simple parameters, like direction of rotation and velocity. In the end it was enough to have only rotations, jittering (random jumping) and the width of the sound protection as primary modules.
Many parameters of those modules can be changed including velocity and direction of the rotations, velocity and angle of the jittering, and also the angle of the width. Moreover the form of jittering can also
be sculpted by using different random functions for changing the probabilities of hitting different positions inside the angle. Of course all these functions can be combined, for instance: a rotation can jitter slightly around the rotating position (which is actually the same as a rotating jittering within a given angle), or the width of a jittering can close and then open again, which makes the jittering more or less
perceptible. Control of the spatialisation is done by using a simple commercial 16-channel fader-board to control the individual parameters such as rotation speed, spread factor, jitter, loudness and width.
On the next level, cascades and similar movements can be related to one another. In order to avoid similar rotation velocities, which would just rotate the whole room, an additional function is integrated to control the difference of the velocities. With these functions and their combinations, it becomes possible to create spatial textures for the whole audience. Despite the fact that they will not have exactly the same perception of sounds, all the listeners – even those sitting much closer to some speakers than others – will have exactly the same perception of the spatialisation's texture.

The Composition
The main compositional work was clearly to focus on the question of which spatialisation textures work with which sound material. An interesting result was that some spatialisation textures support the
character of certain sound materials, even to the point that audiences have often been convinced about hearing additional electronic effects. Examples of such psychoacoustic phenomena include: very fast
random jittering in a complete open angle with a very small width creating an apparent granulation with certain sounds; long, bowed piano tones in the lower register, rich in overtones sounding almost like harmonic analysis when spatialised with a fast vibration on a very narrow angle at different corners. These examples, of granulation effects and the transparent allusion to a harmonizer sound are just two examples of the many new sound dimensions made possible by this system.
The composition itself features five sound families on the Neo-Bechstein, combined with different spatialisation settings:
1) strange unclear atmospheric sounds, realized by bowing the piano strings with small pieces of wood in the beginning of the piece, starting with very slow rotations in different directions and at different speeds
2) heavy stones vibrating in defined places on the strings, the spatialisation changing gradually to a completely open, really fast jittering, almost frazzling the already percussive sounds
3) bass strings played with mallets, slowly coming in one by one, spatialised on simple opposite pingpong- fades, but using four sub woofers.
4) noise glissando passage, using a metal tube and mallets, the spatialisation a complex combination of jittering and different fast rotations 5) quasi-singing metal tube played on the bass strings with gradually more and more defined vibrations in different corners, rotating very slowly in different velocities and directions The transitions between the different sections are fairly gradual, with a few exceptions: as there are always five strings amplified by one humbucker pickup it is possible, for example in the transition from section 2 to section 3, to do this slowly in single 5-string groups, with simultaneously changing spatialisations for each group. Also, the abrupt spatialisation change between section 3 and section 4 and is marked by a huge sforzato. This composition should not be performed onstage, but in the middle of the audience. It is played by Reinhold Friedl on the Neo-Bechstein and – sitting close to him – Sukandar Kartadinata performing the composed spatialisation on the fader-board. In this sense, the spatialisation creates a new musicalinstrument, as the title of the piece suggests: pianophony!