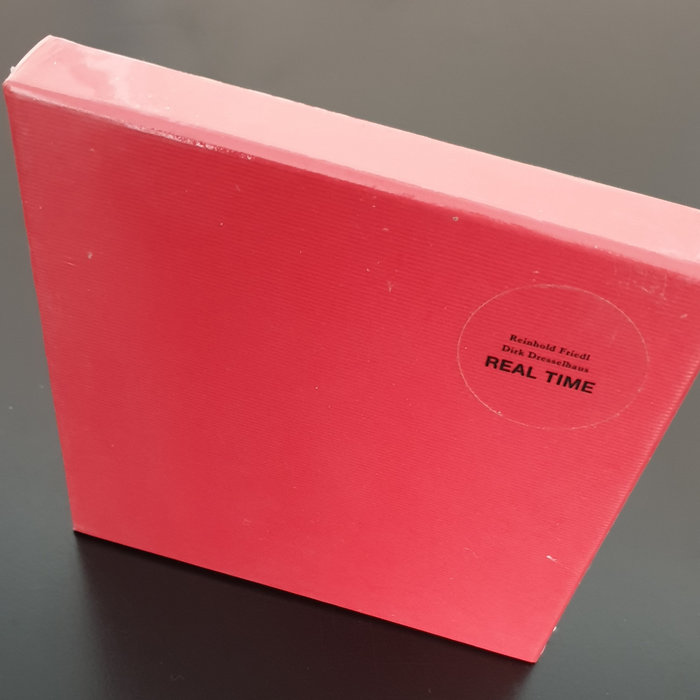 The two protagonists are coming from really different backgrounds: Dirk Dresselhaus released since the late ninties as Schneider TM several experimental-electronic Freakpop recordings. He startet in the 80ies Indipendent rock/pop-Postpunk and developed his personal approach to sound and structura as an autodidact, starting with guitar effect devices and 4-track homerecording. Reinhold Friedl studied mathematics and music, got scolarships and international commissions, and built up the ensemble zeitkratzer, disrespecting all musical frontiers. Si tt’s not satonishing, that both met for the first time, when zeitkratzer performed the Lou Reeds Metal Machine Music: Dirk Dresselhaus was restless enthusiastic about this unrestrained contemporary music group, succeeding to devote itself to the instrumentation of purely tuned guitar feedback.

Dresselhaus and Friedl started their cooperation, that happened over years in studios only: what happen’s if you put those strange inside-piano sounds - another domain where Friedl set standards – or those powerfull hupe piano-drones into Schneider TM’s electronic devices, modulating them with an incredible complex Feedback system and recursive effect settings? Sometimes violent, somtimes subtile, mostly large-scale sound fields, which always work out only one sound or noise, developing an overwhelming impact.